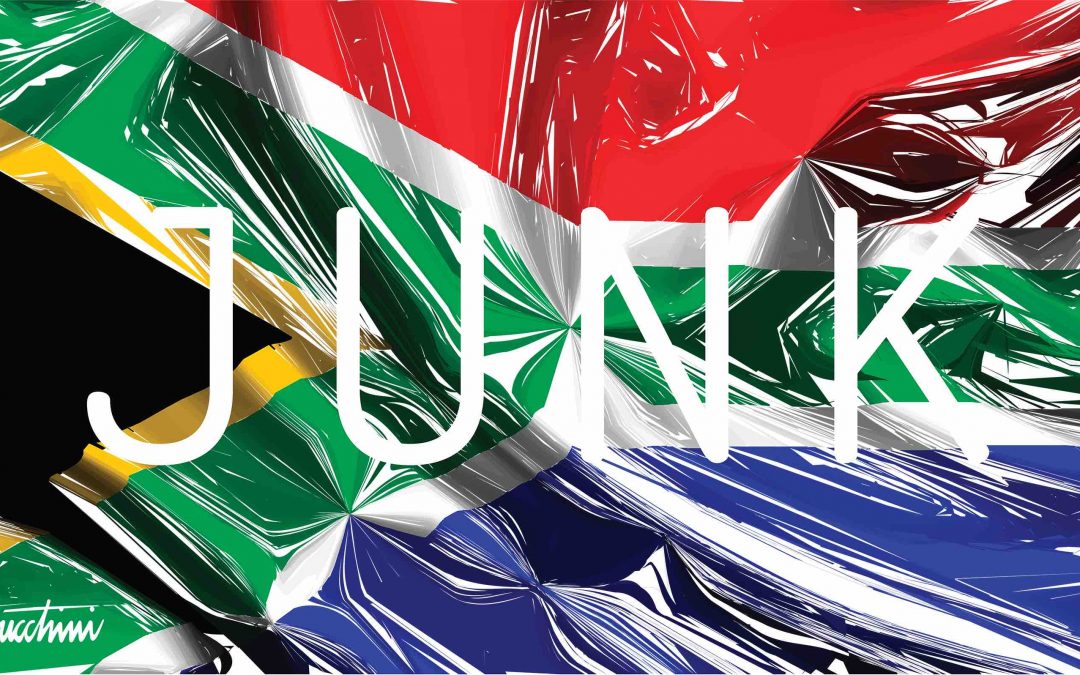 The S&P downgrade of SA’s foreign currency debt to junk status has been all over the news of late and a talking point for many South Africans. It’s media hype my die down eventually but its actual effects will have a longer stay. It will undoubtedly the economy on a large scale and affect consumers, businesses and government expenditure.

According to Jacobus Eksteen, the senior data analyst at credit bureau Compuscan.

“Companies, especially parastatals, will be seen as having higher implied risk. Therefore, it will be more difficult to issue debt in the sense that there will be less demand and the demand will be at higher interest rates.”

“Institutions buying the debt will also know that they will have to take on more risk, which makes the higher interest rates less attractive.”

He said it is ultimately a negative sum game for South Africa, as “someone” loses.

“Companies will most likely need to pay more to service debt, thus reducing their profit and potentially increasing pressure on consumers by offering lower value for money to try to compensate,” said Eksteen.

“Further, economic growth stems from consumers’ ability to spend and with this being impacted the economy will also be negatively affected, resulting in fewer jobs and less disposable income amongst consumers.”

As for the banking industry, in his view banks are likely to struggle more to get funding and their cost of capital will increase. This is especially true for banks that obtain a large part of their funding from foreign sources.

“They will also very likely try to shift the pressure to their retail and commercial clients. On the plus side, SA’s banks are well capitalised and relatively stable,” said Eksteen

What does junk status mean for consumers?

A weaker rand means petrol prices are likely to rise. If petrol prices go up‚ food prices will follow. The raw ingredient of petrol is oil‚ which is bought in dollars‚ so when the rand weakens‚ oil prices rise and so does the petrol price. The knock-on effect of a weaker rand is higher transport costs. Higher transport costs affect the price of everything moved by trucks – from food to imported goods and anything you buy at a shop. This will definitely affect many consumers spending habits and to stretch monthly budgets even further.

What does junk status mean for debt?

When giving their reasons for downgrading the SA government’s foreign debt‚ Standard & Poor’s predicted that interest rates would rise‚ regardless of their downgrade decision. Ongoing tensions and the potential for further event risk could weigh on investor confidence and exchange rates‚ and potentially drive increases in real interest rates. If interest rates go up‚ as S&P expects‚ the cost of borrowing goes up.

This increases your credit card repayments and the amount you need to pay the bank every month for your short-term loan or car and home loan. The real effect of the downgrading will be of the up-and-coming middle class who are teetering on the brink of making the middle class. Suddenly their debt becomes more expensive and they can’t afford it and their home is foreclosed‚ or they have their cars taken away by the bank [due to missing repayments].”

Analysts also expect inflation to rise as a result of S&P’s decision and the Reserve Bank often hikes interest rates in response to higher inflation.

What does it mean for taxes?

Food‚ petrol‚ and the cost of your loan won’t be the only things going up. Taxes could also rise. The government borrows almost monthly to pay its bills as it spends more than it earns. Many institutions such as banks are not allowed to invest in junk status debt. This means the government will need to borrow from people who are willing to invest in higher risk debt and this is more expensive. Which will intern affect the budgets for state-owned parastatals as well as the quality and roll out of government service delivery.

As you can see junk status will affect almost every part of the South African economy and the cost of living will continue to rise rapidly. If you’re feeling overwhelmed by your current financial situation which will only be further compounded by junk status, feel free to contact us. To Speak to one our consultants about debt review contact us here.